In 2019, PG&E pled guilty to 84 counts of involuntary manslaughter after regulators found that the 2018 California Camp Fire (the most destructive and dangerous fire in California’s history at the time) was sparked by poorly maintained power line equipment. This fire cost $16.5 Billion, burned over 153,000 acres, and evacuated over 52,000 people. However, this wake-up call is not the first nor the last for global infrastructure improvements. In the United States, with the demands of stronger and more durable bulk-power systems, utility distribution systems (including power line infrastructure and substations), will need to keep up. The foundational drilling industry is expected to be more in demand than ever, driving the need for qualified drillers.

In July of 2020, 1.28 million new houses were completed in the United States, and 364,000 units were in buildings with five units or more. With those new buildings come today’s greater needs for reliable internet and power. Our current (and future) way of work and life is creating more and more demand on the electrical grid, and power distribution. It’s plain to see from the annual increases in residential and commercial developments, that our present electrical grid is not fitting the bill. The oldest power lines in the US date back to the 1880s and most of today’s grid was built in the 1950s and 60s with a life expectancy of fifty years.  It goes without saying, the time is up for the technology that was used to develop our parents’ electrical grid. It is time to ensure tomorrow’s success by using today’s technology to improve our electrical infrastructure.

Improvements so far have been less than acceptable because they aren’t cheap. Increased safety standards and irregularity in the cost of doing business mean that private and public utility providers have been slow to maintain and improve electrical infrastructure. However, these same utility providers have quite a few incentives to push for powerline maintenance, repair, replacement, and improved safety. For instance, the courts finding PG&E guilty has inspired changes and highlighted the need for improved quality and safety across the industry that aims to keep catastrophic damage like the Camp Fire from reoccurring.

Fire suppression isn’t the only thing pushing the industry. National security has plaid a role in pushing for more work on the national bulk-power systems as well. On May 1, 2020, President Trump declared a national emergency concerning our nation’s power grid (Executive Order # 13920, “Securing the United States Bulk-Power System”). According to the order, the unrestricted use of bulk-power system equipment designed, manufactured, or supplied by foreign adversaries may allow them to exploit vulnerabilities in bulk-power systems with catastrophic effects. Therefore, unrestricted foreign supply of these materials constitutes an extraordinary threat to the national security, foreign policy, and economy of the United States. President Trump wrote, “I hereby declare a national emergency with respect to the threat to the United States bulk-power system.” While no one knows exactly what this will mean for distribution systems and in turn foundation drillers, the declaration of a national emergency concerning the United States’ bulk-power systems is expected to influence the amount of work approved for power grid maintenance, repair, replacement, and improvement. It’s clear to see that it’s time to use American-made materials with the help of American-owned contractors and drillers to preserve our way of life.

Severe weather and storms have also been highlighting the wear-and-tear on the nation’s current electrical grid. From 2003-to 2012 weather-related power outages doubled in the US, and it has only increased from there. The technology to improve power distribution and grounding methods has improved in that time but it has not been implemented where it is needed. As a nation, we need to apply what we have learned to improve the infrastructure that we have inherited from our parents.

All these needs are coming to a head at the same time, creating an urgent need for upgrades concerning dangerous aging equipment, protection against foreign adversaries exploiting our grid vulnerabilities, and increasing natural disaster protection. Drillers should prepare for the opportunity. However, not all foundation drillers are created equal. For example, in the summer of 2019, Arkansas Electric Cooperative and Chain Electric out of Mississippi were setting up a new complete powerline right of way in the Clinton Arkansas area. The existing system had been hit multiple times by tornados, ice storms and more, causing dangerous outages for residential neighborhoods. Most substations in the area were small, unreliable (69 kV) and were in desperate need of improvement. This part of the project included work on two substations, one expansion and another brand new, improving them to 131 kV substations.

To start this project, they were looking for a driller to complete the first 18 miles of a 45-mile transmission line job. Arkansas receives about 50 inches of precipitation per year, and in 2019-2020 they received approximately 66 inches. “The rain was constant,”  said Brian Long the rep from drilling company on the project. Chain Electric knew that they needed a foundation driller with a stable, durable drill rig that would have strong traction and a stable footprint. Coupling the weather and traction demands with the hilly terrain, they needed a foundation driller that had versatile equipment – equipment that could access the remote drill sites, and reliably drill at all angles up to 35 – 40 o.  Not to mention, they literally needed to move the mountain to get to the drill sites in some areas because access roads and trails in the remote hills also led to weight restrictions for equipment transport. No rigs over 100,000 lbs. could travel out to the site, but the sandstone they needed to drill in led to needed something with high torque, which usually leads to a large, heavy drill rig.

Wasting time on failed efforts can be expensive for contractors and drillers. Anyone trying to meet the needs of a remote site like this one can easily lose their ass. Some drillers walked away from this job knowing that it would be next to impossible to get it done and they would lose more money than they could make. Many of those who walked away just didn’t have the right equipment to get the job done. They needed to be able to improve the safety of the current substations and powerlines keeping these catastrophic outages from happening again. They knew they would lose too much money trying to force the equipment they had to work, breaking machinery and increasing their downtime.

The unfortunate reality is that most of this need for utility line work is in remote and dangerous areas, not right off the beaten path. Remote areas drive the need for drillers to use technical equipment built with versatility. Being unable to meet these challenges will make or break drilling companies in the years ahead because, as Brian Long puts it “if you don’t continue to stay on top of technology, you are losing to your competition.”

Chain Electric was at their wits end when they came to the American, woman-owned small business, Long’s Drilling Service. And to their relief, Long’s knew that they could meet the technical drill rig demands required for hilly terrain, access weight restrictions, and sandstone.  They also knew that due to the remote nature of the project as a connecting point they had very little access so whatever rig they chose had to be reliable with minimal downtime backed by a solid service team.  They decided to choose American-made to ensure support, parts, and coverage. The decision was made to use Bay Shore Systems’ TR80 that they previously coined “Rock Hawg.” This rig can get to any drill site. It is mounted on a CAT 330 and has a transport weight of less than 95,000 lbs. It has 80,000 ft-lb of torque, and with its round-locking bar set it can drill up to 60 feet in just about any material. They only needed an approximate 25ft drill depth for this job, but the additional bar set length made angles and access easier. “Rock Hawg” has a Sigalarm power line detection system that warns the operator if they come too close to high-voltage power. It was made for a job like this one. Keeping outage times to a minimum meant working with live power overhead at times. Having safety systems in place to protect the drillers was invaluable. Long’s Drilling also stayed versatile. They began working with several types of auger teeth to come up with the best drilling solution for the sandstone to achieve the needed 42IN – 84IN hole diameter. When they found what they were looking for they were off to the races, knowing the 24/7 support of the Bay Shore Systems service department was right there to back them up if they needed it.

While they were drilling their way through the Ozarks, Long’s Drilling was working alongside a major gas pipeline. It was crisscrossing through 50% of the project, which caused a major safety hazard, scaring some drillers away from the job. They had to be precise. Long’s Drilling was able to access every site they needed, and they got the job done with minimal issues. They were able to matt all crossing points with their Bay Shore Systems TR80. In fact, they were able to do it all with their TR80: embedded structures, anchor bolts, guidewire – all facets of the job. They assisted with the application of ConduFlow, which contributed to not just replacing old equipment, but improving the long-term stability of the utility pole and transformer grounding for future stability.  They never could have gotten access and completed what they did with another heavy, rigid, drill rig in the amount of time that they had. They kept outage times low, knowing that people were relying on that power, and scheduled power outages can cost up to $800,000 a day to the power company. And now, thanks to the whole team, the residents in the area will have more reliable power.

The time has come for manufacturers, foundation drillers, contractors, municipalities, engineers, and project managers to learn from drillers and contractors who have been able to safely and successfully take a step in the right direction and improve our power systems: drillers like Long’s Drilling Service and others. It’s time to band together to improve and safeguard our access to power. American power transmission is currently in danger from negligence, malicious adversaries, and other catastrophes. It’s time to set our children up for success, keeping in mind that reliable power is necessary for their health and safety and that the demand for reliable power is only going to grow.  It is time for the nation with a flag on the moon to unify to protect innocent lives, and land from dangerous fires, and set up our children with what they need to provide for their families in the future: the way our parents did for us. No matter the politics, we can come together as a nation and attack this issue from every angle with all of our American ingenuity.

Special thanks to Chain Electric for giving Long’s Drilling Service the opportunity to work on a difficult but rewarding and meaningful project – “as a subcontractor, Chain Electric was great to work for.” 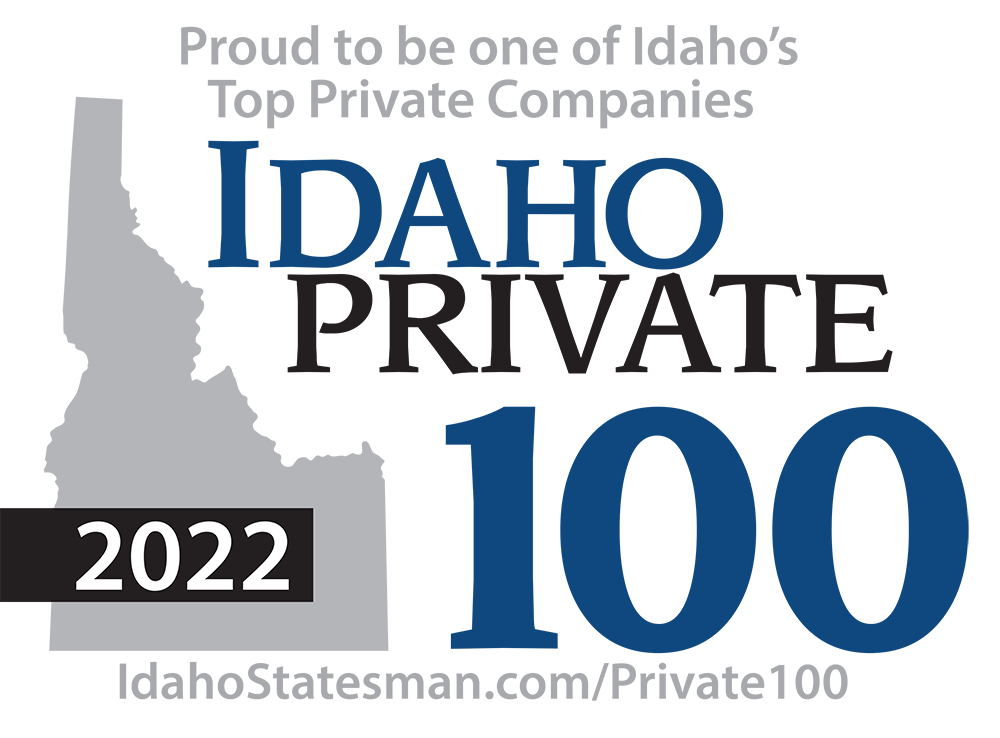